Probate -What is it? 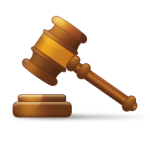 Probate is the legal process of proving a will and wrapping up a deceased person’s affairs here on earth.  It is the orderly way society has chosen to clear titles and move property after someone has died.  The problem with the process is that the legal system moves real real slow, and the attorney’s clock runs fast.  There really aren’t a lot of statistics, but on a national average, you are looking at about 3% of the gross value of the probatable estate.  It will take an average of about 1.5 years to work your way through the process.  Of course, I am sure you know families that have spent years in probate and seen their loved one’s estate dwindle to nothing as the system nibbled away at it.

There is a hidden toll that probate takes on a family.  The emotional drain can’t be quantified, but it can be huge.  In Protecting Your Financial Future, I tell the following story:

It happened in our neighborhood, not in the next town or in the next state. It was just down the street, only a few houses. One brother was extremely frustrated over the probate process. He didn’t like his two brothers acting as personal representatives, and he felt he could do a better job. He didn’t like the way the house was being disposed of. He called a family meeting to discuss the whole mess. The probate had eaten him up. At the family meeting, he pulled a gun and killed all of his brothers. A man I had known for years–my friend–was dead. And, his brother was a fugitive mass murderer, who later committed suicide during a police chase.  I have watched my friend’s widow living and struggling alone for the past 15 years.  How did probate affect her?

To start the probate process, the family has to come up with Dad’s will.  Usually, there is only one will, but you still have to follow the process which slowly grinds forward.  The will has to be filed with the court, and the procedures have to be followed to “smoke out” any other wills that might be hiding out there.  Once the will is accepted by the court, the court will appoint a personal representative.  “Personal representative” is the new enlightened term for the executor or executrix who represents the family before the court.  Of course, the personal representative has to have a lawyer by his or her side to interface with the court and make sure all of the procedures are followed to the letter.

Once the will is “proved,” the process of “smoking out” creditors has to move forward.  Everybody has to be notified that Dad’s estate is in probate.  You may have to publish in the newspapers to give notice of the probate to anyone who you can’t contact directly or who you may not know about.  This process protects all of the creditors, so they get a final shot at Dad’s money.  Actually, it also protects the family.  Once the time period for the creditors to make their claims has passed, they can’t come against Dad’s estate or the heirs.  This is a great tool, if Dad really does owe lots of people money.  It puts an end to the creditors trying to collect.  It also puts an end to the lawsuits and liabilities.  After the probate is completed, nobody can come back and sue the estate.

Looking at it another way, probate is the process that gives someone the authority to sign Dad’s name after he is dead.  In order to sell the house, sell the car, get into the safe deposit box, write checks, sell the stocks, and do lots of other things, Dad has to sign his name.  If Dad is dead, how does the bank know who has authority to sign his name and get into the safe deposit box or write the checks?  If you show up at the bank with Dad’s will and death certificate, the bank still won’t take your word for it and let you into the accounts.  Dad may have made out a will after the one you’re trying to show them.  If they let you into Dad’s accounts, and there is another will, they could be paying money out twice, and banks don’t do that.  They will only let you in when they get the court order (probate order) telling them that you are the guy and can sign on Dad’s accounts.  The title company won’t issue a title policy to the buyer of Dad’s house until they get the court order.  Can you see how it works, and why they will only rely on the court’s clearance?

What you need to know is how to avoid probate.  Let’s just get to the point.  Use a living revocable trust.  There are lots of things people do to avoid probate, but they don’t work.  People use joint tenancy, but joint tenancy only postpones probate.  It is a tax disaster.  It opens up huge asset protection exposures.  Don’t do it.  Don’t do the “dresser drawer deeds.”  Dad makes out a deed and puts it in the top drawer.  The kids go get the deed after Dad dies and then record it.  It won’t work.  You’re messing up the title, and it is also a tax disaster.  Don’t fall victim to schemes.  Use the living revocable trust.

Protecting Your Financial Future goes through the trusts in detail.  Imagine knowing how to use your trust so it does everything it is supposed to do for you.  On the order of 90% of people who get a living revocable trust do not–DO NOT–avoid probate.  That’s not because the trust doesn’t work, but because they didn’t learn how to use the trust.  Most people think they know how to use the trusts, but they don’t.  My father-in-law is one of them.  He paid the big bucks for a living revocable trust (about $8,500 in today’s dollars).  But when I looked at it several years later, after I got out of law school and started studying trusts, the trust would not have helped him avoid probate.  He hadn’t used it properly.  Oh, he argued with me, saying that the attorney had taught him everything he needed to know.  I am here to tell you, the lawyers never give enough, if any, training on using the trusts.  It is a conflict of interest (for them).  If they don’t teach you, then they get the big bucks for setting up the trust, and they get all of the probate too.  You have to understand why the trust avoids probate and how to use it.  Protecting Your Financial Future will give you all the hidden details and strategies you need to know, whether you use and attorney or do it yourself.  Once you understand, then you will have the power to avoid probate.

Who is Lee R. Phillips

Attorney Lee R. Phillips is a nationally recognized expert in financial and estate planning. Lee is licensed to practice law before the United States Supreme Court. company, LegaLees Corporation, specializes in solving estate and tax problems for high end clients. Lee is an engaging, dynamic speaker and has spoken to over a half million people throughout the United States, Canada and the Pacific Rim helping them understand the law and how to use it to their benefit. His ability to present critical information in a clear manner has made him a highly sought after guest on hundreds of radio and television shows. Author of nine books, Lee serves on the editorial boards of professional publications and has been a regular author for several columns including Broker News and Physician’s Money Digest. His most recent book, Protecting Your Financial Future, is a Time Warner Book-of-the-Month Club selection. He is one of the most competent advisors in the U.S. today on the subject of estate and tax planning.