Duties of a Successor Trustee/Personal Representative 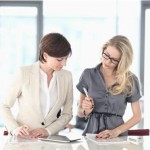 What are the duties of a successor trustee or personal representative and when do they kick in?

I had an interesting conversation with a woman the other day.  She had just finished her trust and had named her daughter as her personal representative.  Her daughter came to the trust signing and met with the woman and her husband with their financial advisors. She was eager to get know everything.  The trouble was that the daughter felt so responsible that she was beginning to take control.

The woman told me she had given away an heirloom to a visiting grandson and her daughter told her she shouldn’t do that because it wasn’t fair to the grandchildren who did not live close by.  The daughter then sent out letters asking all the children and grandchildren what personal items they wanted.  Most of the children did not want to appear grabby so they responded that any gift would be fine.  Then the woman felt like nobody wanted her things.

The woman had just seen a friend’s family try to sell her stuff and was shocked at how the little that was sold brought pennies on the dollar.  Even then, there were heirs who needed the stuff but could not afford to buy it.  She was not certain if she wanted this approach either.

I was able to explain to the woman that her personal representative or successor trustee is just that–a successor who does not take over until the current trustee dies. While her daughter was just trying to be diligent, it was not the appropriate time to take current actions on distributing the estate. Nor should the daughter give direction on investments or gifting. So what duties does she have?  As it turns out, there are plenty, but they come into play after succession has already happened.

The best place to find out the duties is to look to the trust document.  It should describe in detail the responsibilities. After the death of the trustor, the personal representative or successor trustee should:

If the woman did not want her property sold until after everyone had taken what they wanted, she would write that in the trust.  As trustee, her daughter would follow those instructions. A personal representative must follow the instructions given in the trust.

While it is a good idea to give a successor trustee an idea of what you have and how to find it all, they do not have a say in what you do. This is an important element of trust and estate planning law, because it enables people to plan their estate such that it will be cared for after death and yet not lose control while they are still living.