Self-Employed Tax Rate – What Does It Say about Small Business? 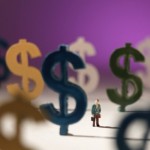 it too low? It is a battle that needs to be resolved.

According to the U.S. Dept. of Commerce (Census Bureau, Current Population Survey, March 2011 Supplement), of the 15.5 million individuals who were self-employment (incorporated and unincorporated), the median personal marginal federal tax rate was 10% in 2008. Only 4.1% of the self-employed were in the marginal tax bracket of 33% or more.

The question I ask is, “Does this mean that the self-employed are barely making it, or are they making more than the rest of us because they are getting really great tax benefits? It is an important question. I have always said that your own small business is your best tax deduction. If most small businessmen take advantage of these deductions, then this study may be proof that my assertion is correct. Those involved in the self-employed tax rate argument should consider these important indicators.

Small business tax deductions are defined by the Internal Revenue Service as both ordinary and necessary expenses to keep a business going. An ordinary expense is an expense that others in a similar trade or business would deduct. A necessary expense is one that is needed to make the business run, but does not have to be indispensable. These are both pretty broad definitions and a lot of expenses can be made deductions. Doing this will lower the self-employed tax rate.

I go around the country and lecture to many self-employed and small business owners. I will often mention these tax tactics. The audience is thrilled and some have found that by using just one tactic they can double their business’ profit. Because of the positive response, I have made these 10 Tax Tactics available on LegaLees.com. The point is that everyone with a business should take advantage of their deductions to keep their federal tax rate down. This will become increasingly important as taxes are slated to go up in the future.