Tax audit fear increases with every tax season. And this fear is becoming more justified. I was shocked to read in Bloomberg that Uncle Sam is auditing 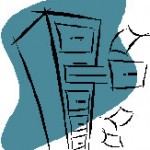 more Americans than ever before. In the year 2000, one in every 203 Americans faced a tax audit. In 2012 it was one in every 92 returns. Among those making more than $200,000, that rose to four times the likelihood. If you were in that favored group making over one million dollars, your chance was even greater still.

Statistics show that Americans devote 2 hours and 13 minutes of every eight-hour workday, or over a quarter of their working hours (27.7%), to paying their taxes. Even worse, if we add the federal deficit to the picture—if the government collected enough in taxes during 2014 to balance the budget—it would take more than half of our earnings to pay Uncle Sam. And this figure will only go up with the proposed increases in government spending.

Use Tax Loopholes and Avoid a Tax Audit

With taxes on the rise there is an ever increasing incentive to find tax loopholes to save on taxes. The trick is to use loopholes and still avoid a tax audit. The first important thing to remember if you want to avoid a tax audit is to check for math errors or computation errors before mailing your tax form. Take a moment to glance over your forms to make certain they are filled out correctly. Check your name, address and social security number.

I have also heard that you are less likely to face a tax audit if you fill out your own forms. When you use an electronic program you cannot make any disclosure statements. It is important to include a statement of explanation whenever there’s something unusual in your return. A type-written note that explains red flag issues, such as bigger than normal loss for your small business, or a higher than normal mortgage-interest deduction, could prevent an audit.

You may have heard that giving to charities will flag your return for a tax audit. I am told that it is normal to give 2% to charities. If you claim more say 10%, then your return could be flagged. This does not mean you should not give more, just have the documentation. You should attach signed documents for your charitable contributions. You should also list all of the items you give to Goodwill and include the documentation.

I have read some places that you should never take a home office deduction. The reality is that if you do it right, this is a good tax loophole. Self-employed people who take advantage of tax loopholes will be in the lower tax bracket and will be better off financially than others who do not. The sad truth is that a lot of businessmen fail to take advantage of the many legal tax loopholes that could save taxes. I have written the 10 Ten Tax Tips course which shows many tax loopholes you can use and still avoid a tax audit.

I go around the country and lecture to small business owners and self-employed individuals. I will often mention these tax tactics. The audience is thrilled and some have found that by using just one tactic they can double their business’ profit. Because of the positive response, I have made these 10 Tax Tips available on LegaLees.com.

Of course, there is no sure way to prevent a tax audit, but being accurate and prudent in your filing could help a lot. If you want to explore other good tax saving strategies and thus avoid a tax audit, you need to consider my 10 Tax Tips.