The Cost to the Economy of Federal Regulations

The United States Congress and Senate don't seem very concerned  about the health of small businesses or how federal regulations in the U.S. affect those busine 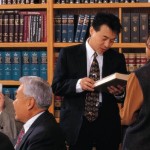 sses. They should  recognize that it is small business that builds our economy.  According to  the U.S. Dept. of Labor, Bureau of Labor Statistics, Business Employment Dynamics; Advocacy-funded research by Zoltan Acs, William Parsons and Spencer Tracy, 2008 the Small firms accounted for 65 percent (or 9.8 million) of the 15 million net new jobs created between 1993 and 2009.  Much of the job growth is from fast-growing high-impact firms, which represent about 5–6 percent of all firms and are on average 25 years old. If our Senators and Congressmen recognize this, their actions don't seem consistent with this recognition.  It is our duty to make certain our Congressmen and Senators are aware that heavy federal regulation will paralyze small businesses.  According to Nicole Crain and Mark Crain in a recent study, “Small firms, which are considered less than 20 employees, spend 36 percent more per employee than larger firms to comply with federal regulations.” The disparity is greatest in two areas: very small firms spend four and a half times as much per employee to comply with environmental regulations and three times more per employee on tax compliance than their larger counterparts.  At some point this burden becomes too hard to comply with, and the business folds.

Since January 1, 2009, federal regulations have increased.  As Obamacare begins to kick in, more federal regulations will hamper our small businesses.  This will come at a time when we desperately need their job creation power.  It is like the government has a club and the are swinging it hard and mowing down small businessmen, would be entrepreneurs and real estate investors like cattle in a slaughter house.  I am having many of my clients ask if there is anything they can do.  There are a few things.   fist let your Senators and Congress men know how you feel.  Second keep up to date on the regulations and keep your business out of trouble.
On November 7, 2011   /   LLC Formation, Small Businesses