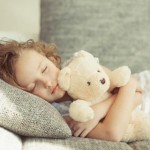 One of my clients is going through a miserable divorce, and she asked me what to do about filing her taxes in the coming year.   She has been separated for seven months and has been the sole caretaker of the children. She does not want to be manipulated by her soon-to-be ex-spouse and has no desire to file a joint return with him. She explained that last year he made a mistake on the taxes. He did not take steps to fix the error until after both of their accounts were levied. When the error was fixed and the tax refund finally came, he did not want to share it.

He has already informed her that he would be taking the children as his exemptions. She wanted to know what she could do. Divorce is messy enough to navigate without having to deal with filing a joint tax return. What are my client’s options?

The IRS has the rules all laid out.

Who gets to take the child exemptions in divorce?

What these rules mean for my client is that she gets to take the dependency exemption for her children. She had them for more than half the year and provided their support. Her husband cannot claim them as dependents unless she is willing to sign a statement for him that he could then file with his taxes. It is safe to say that is highly unlikely.

Also, because she has been separated for six months or more, she can choose to file either as “married filing separately” or “head of household” depending on her circumstances. Filing as head of household will allow her to claim the standard deduction even if her spouse itemizes deductions.  It allows her to claim additional credits such as the child tax credit, dependent care credit, and earned income credit.

Another good thing about filing as head of household is that she will also be taxed at a lower rate than if she filed as “married filing separately.”

To be able to file as head of household, all of the following must be true:

The head of household in a marriage is whoever pays more than half the cost of maintaining your home for the tax year and has the children living with them for more than half the tax year. Under these rules my client qualifies to be it.  Her husband must file as married filing separately until the divorce is final.  After the divorce, he will file separately as an individual.

There are a lot of tax issues and financial considerations to be aware of during a divorce. My client was happy to find out where she stood with the IRS and that she no longer needed to deal with her soon-to-be ex-spouse in taxes.