Traditionally, the Kiddie Tax taxed all “unearned income” a child made at the parent’s marginal tax rate. It was another 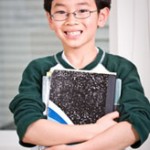 way Uncle Sam created to take money from the more “affluent” Americans. Truthfully, the Kiddie Tax not only affected the well to do, but everyone who wanted to do some tax planning using their kids. Shifting income to your kids, to be taxed at their lower rate, has traditionally been a way to save taxes and is very popular. It is actually a tried and true tax planning technique and has been used by wealthy families for decades. The video below explains how it worked.

Under the Tax Cuts and Jobs Act passed in December 2017, the Kiddie Tax was simplified. It is now applied to unearned income received by “kiddies” (children under 19 or full time students up to 24). The tax rates used for trusts are now used to calculate the income tax due on unearned income received by “kiddies.” The income is no longer stacked on top of “daddy’s” income; it is simply taxed using trust tax rates. Note that the maximum tax rate of 37% applies to all passive kiddie income over $12,500. A child’s earned income will still be taxed at their own individual brackets and rates. A child who has only unearned income must file a return if the total is more than $1,050.

The rates in the table were set in the Tax Cuts and Jobs Act. These rates apply to estates and trusts. The Obama-care net investment income tax of 3.8% started in 2013 and applied to trust income above the $12,150 level.  Trust tax rates have been inflation-adjusted each year, so note that the rates in the table above are for 2018 and check for the year you are interested in. The rates are set to go back to 2017 rates in 2025.

Shifting income involves moving a moneymaking asset to the children’s ownership so that any income from the asset will be the children’s and not Mom and Dad’s. By shifting the income to the kids who don’t earn as much total income as Dad, taxes are reduced. This is because Dad lowers his adjusted gross income (AGI). A family can realize a ten or fifteen percent tax savings on the money earned by the children’s assets.

Shifting income is just plain smart. If you are a professional, imagine putting your business equipment into an LLC held by your kids. Your main business will then rent the equipment from the LLC. Your business will get a tax deduction for paying the rent on the equipment and your kids LLC will the get money. If your rent is less than $2,000 a year per child, your kids will pay less tax because they make less money and their tax rate is lower than yours is.

In today’s high tax environment, you get an additional bonus by shifting income, the shift results in lowering your adjusted gross income or AGI. Under new tax laws, having a lower AGI is a big deal, because an individual’s adjusted gross income is the key element in determining an individual’s tax bracket. By shifting income, the end result is that the family has more money to spend.

The age was 14 years of age until just recently. Now it is 18 years old, and if the child is a student and Mom and Dad claim the child on their tax return as a dependent, the age is 24 years old. Shifting income has had its wings clipped by the Kiddie Tax, but it is still an important device in avoiding taxes.

The Kiddie Tax is also discriminatory. I know a young man who worked hard and used his money to buy a piece of real estate and fix it up and rent it. The income the young man got from the asset had to be taxed at Dad’s rate. It didn’t matter that his Dad had nothing to do with the asset.

Fortunately, a $2,100 unearned income tax credit is given to each “child” annually. So, each kid can make up to the $2,100 limit before the Kiddie Tax kicks in. So the IRS doesn’t tax the first $2,100 in unearned income. The IRS is your major impediment to financial success; either in your own personal life or in your business life. The only way you will ever control taxes is to know the legal tricks and traps. Shifting income has been a traditional way to lower an adjusted gross income and while it still works in a limited fashion, there are other ways to lower your AGI. In my Advanced Tax Tactics Course I have included a number of other tax strategies.