Shift Taxes to Someone Else 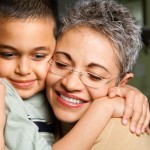 Shifting income was traditionally achieved by moving a money-making asset to the children’s ownership so that any income from the asset would count as belonging to them, not Mom and Dad. Because children usually do not earn as much as their parents, they tend to be in a lower tax bracket. By shifting this income, a family could save ten or fifteen percent in taxes on the money earned by the children’s assets.

Some time ago, Congress passed the “kiddie tax” to make shifting income less effective. The kiddie tax applies to passive or “unearned income.” It does not apply to earned income. Unearned income is income produced by assets, like rent or stocks. Earned income is the income an individual earns through selling goods or services.

The kiddie tax says that for kids up to 18 years of age, unearned income can be taxed at Daddy’s rate (UPDATE: in the new Tax Cuts and Jobs Act, they are taxed at trust tax rate levels).  The age is extended to 24 if the child is a student who is claimed as a dependent by Mom and Dad on their tax return.

There is no question that this is a discriminatory tax. Let’s say your child bought some stocks, bonds, real estate, or some other income producing assets on their own, with money they have earned.  The income earned by the child’s assets will be subject to the kiddie tax. The child will pay tax at Dad’s rate, even if Dad had nothing to do with obtaining the asset.

P.S. This is only a tiny part of the discussion of how to structure your finances for maximum protection and tax savings covered in my two hour course, Advanced Tax Tactics.  It is really a great course and should give you thousands more to spend each year.