Don’t Get Caught by Tax Penalties 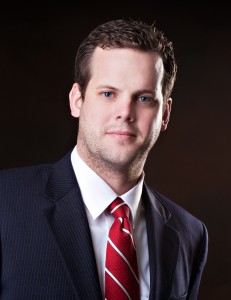 This article is written by Ben Rucker, a former special IRS auditor. He worked with me in writing Advanced Tax Tactics.

Lately I’ve been getting a lot of questions about tax penalties.  Many taxpayers are surprised to find that they are charged multiple penalties and interest each year.  The government is serious about making sure people follow the rules, even if you don’t know what they are.  Make sure you know what you might be liable for in order to plan for or avoid it.

The most common penalties are:

To make matters worse, interest is also added to these penalties, increasing the balance due.

The Failure to Pay Penalty is assessed at a rate of .05 percent per month or part of a month (there is no proration period–you get charged for a whole month even if it was only one day) of your unpaid taxes. The maximum amount for this penalty is 25%. It applies each month or part of a month that the amount remains unpaid and starts accruing the day after taxes are due.

Personal income tax is due on April 15th of each year. Filing an extension lets you file later, but it does not extend the amount of time you have to pay whatever taxes are due.  However, if you requested an extension of time to file your income tax return by the tax due date and paid at least 90 percent of the taxes you owe, you may not face a failure-to-pay penalty.

For example, if my friend Corbin timely files a tax extension granting him until October 15th to file his tax return, and then pays the $5,369 it lists due in federal taxes when he files his return on October 16th , he will incur seven months of penalties and interest:

Remember, the late payment penalty is charged .05 percent for a part of a month. That one extra day, paying on the 16th instead of the 15th, added an entire month of penalties.

You may have good reason to wait to pay your taxes, but make sure that the reason outweighs the additional amount you will pay in penalties.

Penalty for Underpayment of Estimated Tax

The United States income tax is a pay-as-you-go tax, which means that you must pay tax as you earn or receive your income during the year. You can do this either through withholding an amount from each paycheck or by making estimated tax payments.

The penalty calculation for underpaying your estimated tax is not at all straightforward. In some circumstances you may not incur any penalty. The IRS does not take action when you miss an installment payment.  They don’t take note, nor do they care. Because it’s an “estimated tax,” it’s subject to change. Many businesses nose-dive and so you could have a loss for the year.  There is no need to make an estimated tax payment if you suspect nothing will be due.

Almost every tax software tax program can make the calculation.  You must complete form 2210 and file it with your tax return in order to determine the amount (if any) of the penalty. The rate can be as small as .00008 or as high as .02383.  You should also make sure you check with your state, since there are state penalties for not paying as well.  It can all add up pretty quickly.

When To Pay Estimated Taxes

The IRS won’t bother to figure out if you didn’t pay enough estimated tax until you file your income tax return, but it will look back at that point to make sure you paid what you should have when you should have.

For estimated tax purposes, the year is divided into four payment periods. Each period has a specific payment due date. If you do not pay enough tax by the due date of each of the payment periods, you may be charged a penalty even if you are due a refund when you file your income tax return.

If a payment is mailed, the date of the U.S. postmark is considered the date of payment. The payment periods and due dates for estimated tax payments are as follows:

How To Figure Estimated Tax

You must make adjustments both for changes in your own situation and for recent changes in the tax law.  Keeping on top of this throughout the year can save you thousands in lost fees later.