How to Zero Out a Trust 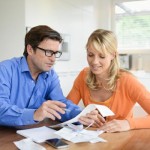 One of my clients passed away last year, and his daughter has been wading through settling his estate.  He had set up a living revocable trust and a pour over will which instructed that his assets would be put into the trust and then distributed to his four children.

My client’s daughter (the personal representative and successor trustee) didn’t understand what it meant to zero out the trust. She assumed she had to distribute all the assets by the end of the year.  She was worried, because she knew there were expenses associated with her father’s estate that would be payable in the following year. If everything was distributed, no funds would be left to administer the trust.

I explained she only had to zero out the income in the trust each year. She got the concept, but didn’t know what was considered income to the trust.

The father funded his trust with only one piece of property.  A number of other assets were added to it after his death.  Was everything that moved into the trust from his estate considered “income” to the trust?  The answer is no.

The original property in the trust and the assets that poured over into it together are considered the “principal” of the trust.  Assets in a trust may generate income, just as your personal assets may generate income.  In a revocable trust, all the income passes directly through to the beneficiaries.  In an irrevocable trust, income is either kept in the trust or passed through to the beneficiaries.  Income kept (accumulated) in the trust is taxed as the trust’s income.  Because trust tax rates are so high, beneficiaries will generally be in a lower tax bracket than the trust.  Passing the income is nearly always the better choice.

Calculating income for a trust–revocable or irrevocable–is the same as it would be for you as an individual.  Before the end of the year, estimate the income and physically pay that out to the beneficiaries per the terms of the trust.  The trust gets a deduction for the income that it pays out.

The principal has a basis, just like your assets have a basis.  When the assets are sold, there may be an income or loss, just as if you sold them.  The basis of the assets in my client’s trust (the property he put in and everything else added after his death) is the fair market value of the asset on the day he died.  All of his assets got a “step up” in basis on his death.  His assets totaled less than $5.45 million, so there is no federal estate tax.  His state had the same limits as the federal estate tax, but there could have been some state estate tax owing if he lived in a different state.

An irrevocable trust could also be a simple trust, if its terms mandate paying out all income to the beneficiaries during the tax year.  A simple trust does not generally have a tax ID number (EIN).   The beneficiary’s Social Security Number is used whenever the tax ID is requested for a living revocable trust.  If both members of a couple are the beneficiaries of a trust and are filing a joint return, it doesn’t matter which one of the SS numbers is used.  If there are multiple beneficiaries of a trust (and they cannot file jointly), the trust will need an EIN number of its own.

The standard living revocable trust a person uses for estate planning uses a SS Number for its EIN.  However, instantly upon the grantor’s death, the trust changes into an irrevocable trust and the successor trustee will have to get a tax ID number (EIN) for the trust and file a 1041 return at the end of the tax year.

A complex trust can accumulate income.  It stands as an independent taxpayer.  It is required to get a tax ID number (EIN).  It will file a tax return and pay taxes on any income it accumulates.  However, the trust can’t afford to accumulate income.  Trust tax rates are insane.  At a little over $12,000 in total income, the trust’s tax rate kicks in at the highest possible tax rate.  That’s 39.6% for the federal income tax plus the state’s maximum income tax.  NOT GOOD!

If an EIN has been obtained for a trust, it is required to file a 1041 return and provide K-1s to each beneficiary showing the income distributed to them that year.  The beneficiaries then report the income shown on their K-1s as income on their 1040.

Even though my client’s trust instructs all principal to be distributed to the beneficiaries, the successor trustee needs to keep enough income and principal in the trust to pay the trust’s expenses.  If everything were paid out immediately and outstanding debts payable by the estate came up after a complete distribution of the trust assets, the trustee would be liable for the debts and the beneficiaries would probably be liable for that debt up to the amount they received from the estate.  No one wants to deal with that mess.

In an irrevocable trust created by the death of a revocable trust’s grantor, an actual transfer of funds from the trust bank or brokerage account to the beneficiary will have to be made. It is now a complex trust. The payout needs to occur because the books of the trust will be used to calculate the tax.  The trust needs to show that the income is gone.  The books of the trust are a different taxpayer’s books.  They are not in any way considered the beneficiary’s books.  Money actually has to leave the trust’s accounts in order to get the deduction.

One last note: a simple trust will have a January 1 through December 31 tax year.  This makes sense because the income will be reported on an individual’s return during that tax year.  However, a new irrevocable trust formed by the death of a living revocable trust’s grantor has an option of setting a tax year that ends the month before the month of death one year later.  In other words, the month of death becomes the first month of the irrevocable trust’s tax year. This is allowed in order to give more time to settle the estate without having to go into a second tax year.  The IRS is stingy, but will give certain allowances and tax breaks if you are willing to die to get them.

P.S. Recently Ben Rucker and I significantly updated my Advanced Tax Tactics course.  It walks you through the decisions you need to make all year long in order to save on–and not pay any unnecessary–taxes in the new year.